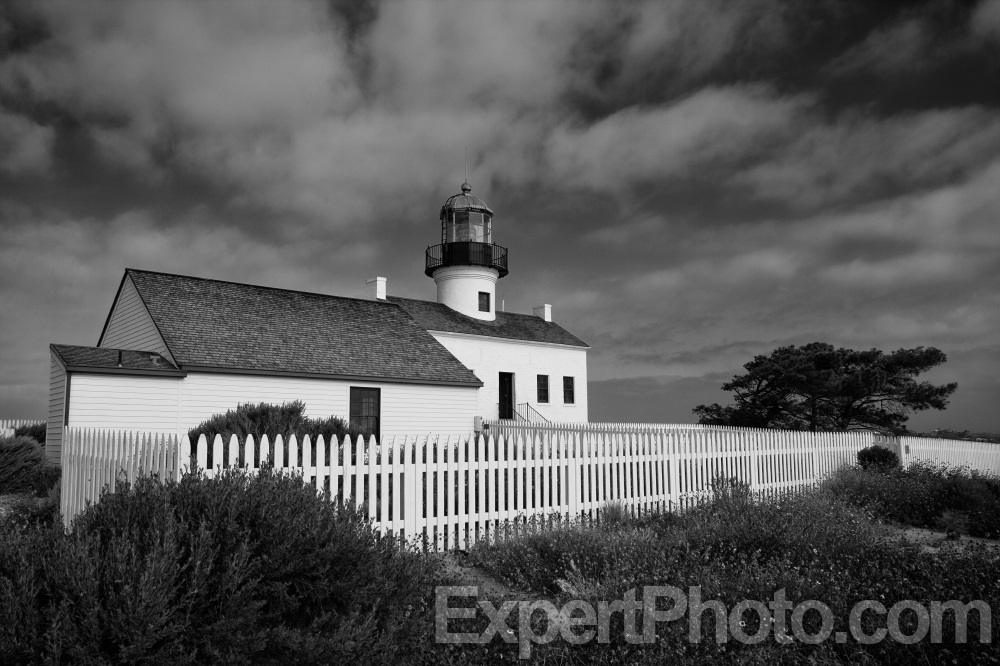 Caption: The lighthouse was built in 1855. It was lit for the first time in November of 1855. When it was in operation, the lighthouse was the highest in the US. The problem was that fog and low clouds would often make the lighthouse hard to see by passing ships. Almost 40 years after being built, the light was extinguished and a new lighthouse went into operation at the base of Point Loma. The lighthouse is now a museum and part of Cabrillo National Monument.