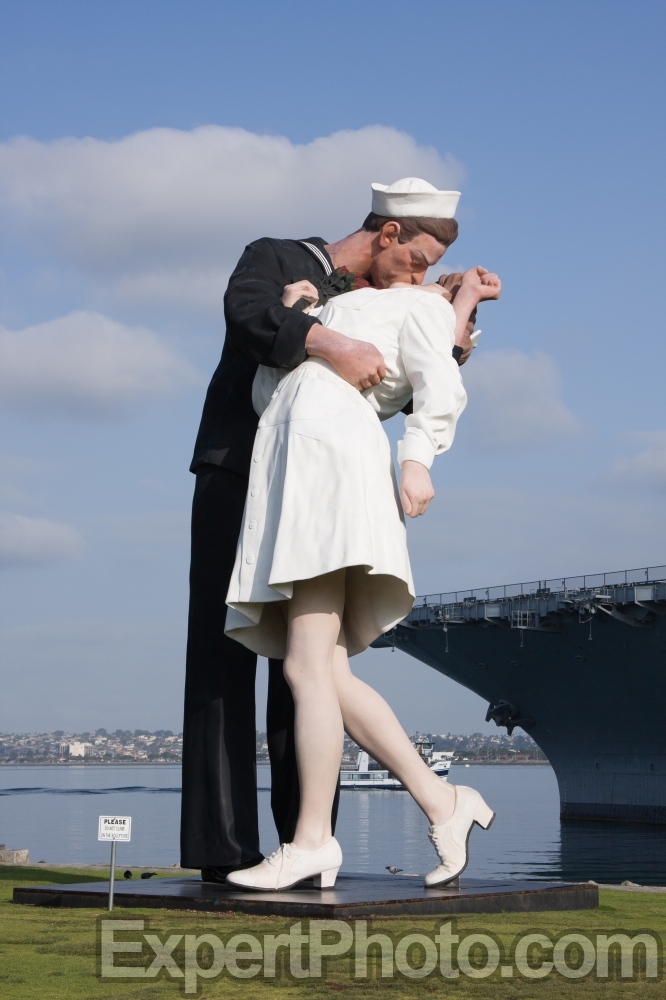 Caption: This is the original 'Kissing Statue' near the The USS Midway Museum in San Diego. Officially known as “Unconditional Surrender”. It is a 25-foot statue by world-renowned artist John Seward Johnson II. It is similar to the famous photo taken in 1945 in Times Square by Alfred Eisenstaedt. According to wikipedia, the artist based it on a similar, less well-known, photograph by Victor Jorgensen. I took this photo in 2008 and it is the original version.